Check out these links for more on Academic Decathlon.

Additionally, students brought home multiple medals and tied for third place in the Super Quiz event thus ensuring every team member received a medal!  This also means that JDHS decathletes know ALL their academic subjects well after several months of studying our acadeca curriculum. With an impassioned speech that made it clear: no learning is useless, Claire beseeched her listeners to go out and learn something that is different, maybe even uncomfortable.  For this Claire won first place in Speech and was the Honors Category showcase speaker during the Banquet.  Here are the results per subject:

In the overall tournament, Alex Eagan placed 5th in the state.

Sam Marnon was the highest scoring student of team two

Alex Eagan was the highest scorer of team one

Congratulations to the Academic Decathlon team that competed in Ketchikan during the Southeast Regional Acadeca Tournament.  JDHS Yadaa.at Kale students took first and second place in the entire tournament and every JDHS Acadeca student placed in the top 10 of one or more subjects tested in the competition.

JDHS AcaDeca does it again at their second Southeast Competition

Congratulations to the JDHS Acadeca students who competed in Craig during the Southeast Regional Academic Decathlon Tournament.  Academic Decathletes spent this past weekend proving how much they know about this year’s comprehensive curriculum on The Sixties, a Transformational Decade.

Three JDHS decathletes were the highest scoring competitors in this regional tournament:

Additionally, every JDHS student decathlete placed in the top ten at least once in a subject test:

Acada-Deca takes on SE Alaska!
Congratulations to JDHS Academic Decathlon Students!  Over the weekend, 65 students from Southeast high schools competed in the Southeast Regional Academic Decathlon Tournament held in Ketchikan on December 1 & 2, 2017.  This year’s theme is AFRICA .  Our students did exceptionally well.  Six JDHS decathletes placed in the top ten of the entire competition.  For this to happen, students needed to be consistently high scorers in multiple subjects: essay writing, literature, art, history, music, science, math, economics; additionally, they needed high scores in their speeches and interviews.
All JDHS decathletes placed in the top 10 in one or more competitive event.
If you know any of these students, congratulate them when you see them.  If you have questions about the program or know of any student interested in joining the team next year, let me know.
Thanks!
Karina Reyes
JDHS Acadeca Advisor

The JDHS Academic Decathlon team brought home 21+ medals and $2000 scholarship and placed 4th overall in the 33rd annual GCI Alaska Academic Decathlon state competition.  They won third place in the Division 1 super quiz challenge which requires in depth knowledge of all the academic subjects.  Additionally each member received the Fleetwood Achievement Medal which recognizes the school that had the highest percentage of improvement from the previous year’s competition (67% or 14,000 points more than last year!).

Congratulations to the following students:

In the honors category:

She also won a gold medal in math & gold in essay

In the Scholastic Category:

In the Varsity Category:

Congratulations to the Academic Decathlon team at 2nd tournament of year.  5 JDHS students placed in the top ten for the Southeast Regional Competition held in Metlatkatla this weekend.

Alpine Club is for skiers and snowboarders to get out and learn and enjoy the excellent winter activities that Juneau has to offer.

The club starts sometime in November, with the first outing either being hiking up to Eaglecrest, and/or hiking up to Dan Moller cabin and spending the night.  Then in January, the club begins outings to Eaglecrest for training seminars and enjoying the hill.

We also travel on some years, with cat skiing in Haines (note, this is not for beginners in the club, only experienced members).

Meetings are typically once per week in Dzinich room.

There are guest speakers who come to present to the members.

We will go until April, assuming the weather cooperates.

Art Club meets Mondays in the Art Studios for lunch (bring your lunch first). You can be a member just by showing up and contributing productively! Much of our time in the Spring is devoted to Region V Art Fest, a competitive art-making event. Tryouts for Art Fest will be during the last 2 weeks of February, and Art Club participation counts toward qualification.

Beyond Fundraising efforts, Art Club is often project based and will hold media workshops on Saturdays and Sundays and after school. You must have a participation form on file to work with us around school hours. And you must have Play for Keeps and pink-slip grades for travel approval to qualify for Art Fest.


First Friday, December The State Farm office across from IGA downtown is hosting a JDHS Student Art Show this coming First Friday!  Stop by after school on December 4th and see what's been selected to represent us! December First Friday is always an exciting community event, and this is a great way to start the festive amble around town. Enjoy free nibbles & sips, take in carolers, and check out all the fresh arts and crafts for sale for the holidays! See you there!

End of Semester Art Show Final Every semester Ms. Ridgway host a student art show as the Final in her art classes. The Show will open Wednesday, December 14 from 1:45pm to 5pm. It will be open for your enjoyment Thursday, 8:45-5:00, and Friday from 10AM - 6pm. Come see what we've been doing all semester inn Ceramics, Drawing 1 and Advanced Studio classes. Don't forget to stop at the office for a Visitor's Pass during school hours. And, you can always check out our latest works in the Common's Display cases, even during the show.


If you’d like to help host Art Fest in Juneau, 2019, by teaching a workshop, organizing the event, or housing visiting students and instructors, please contact the JDHS Art Teacher at heather.ridgway@juneaschools.org. 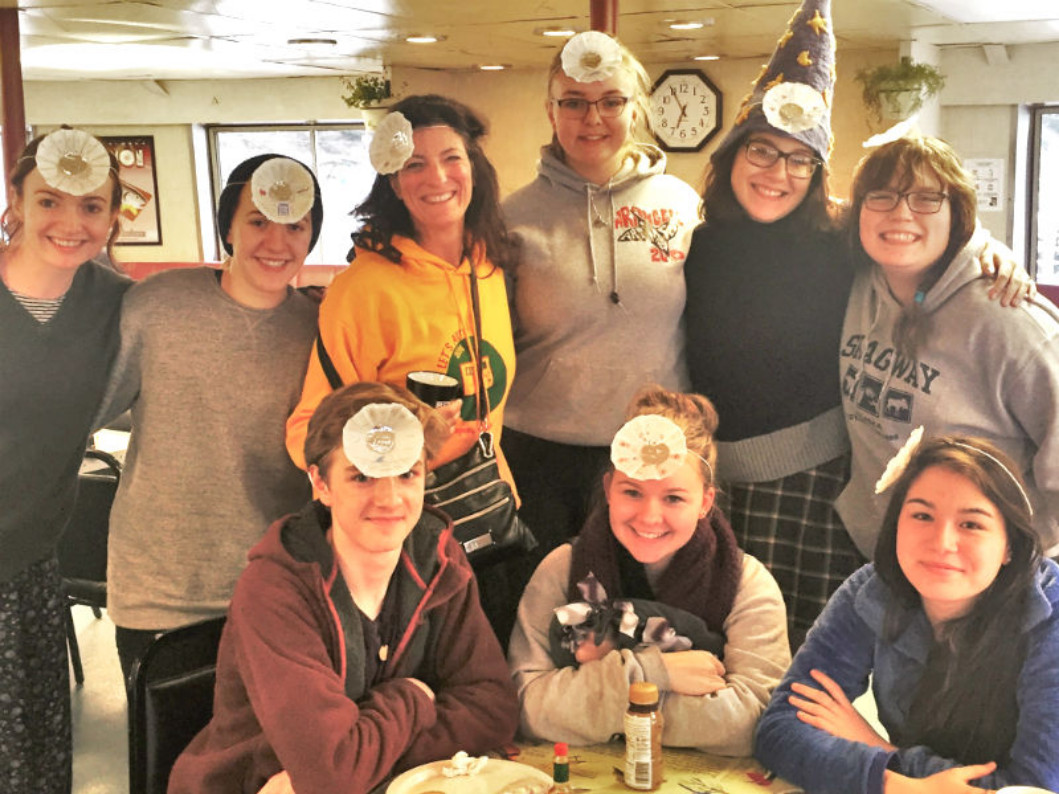 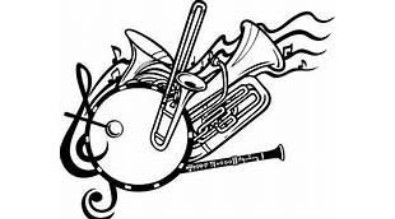 Pep Band - practices after school, plays at Basketball games and other events. 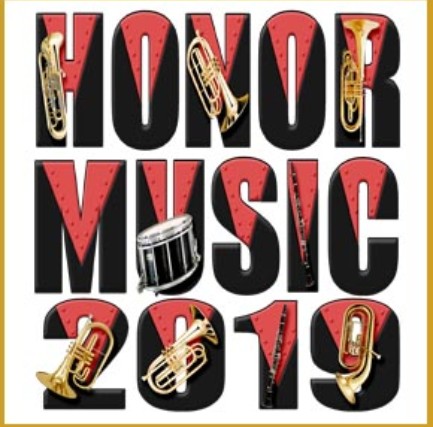 You will find Varsity, Jr Varsity and C team game schedules on the www.jdcrimsonbears.com website

Also, if you're on Twitter, check us out @CrimsonBball 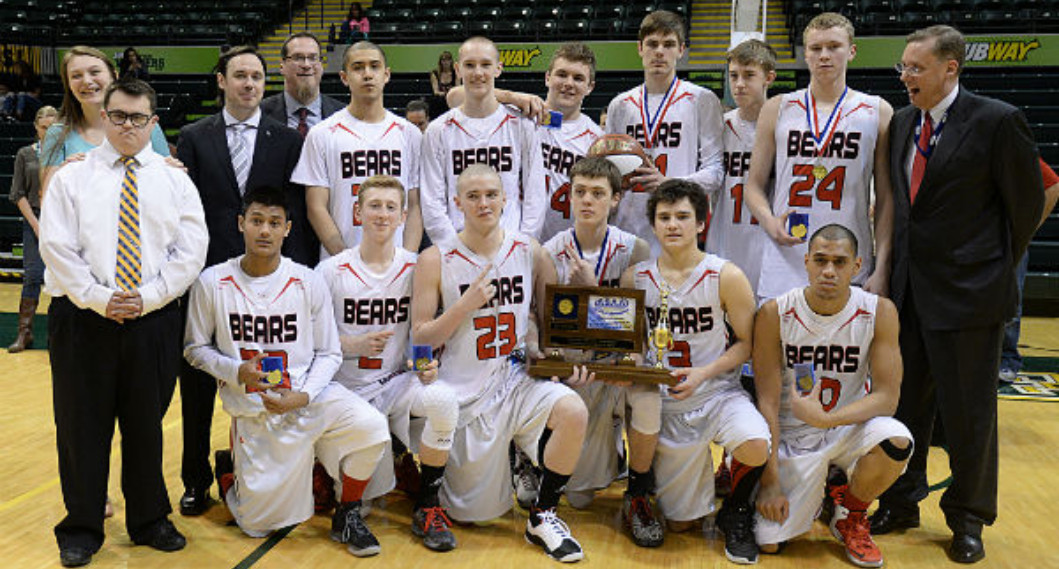 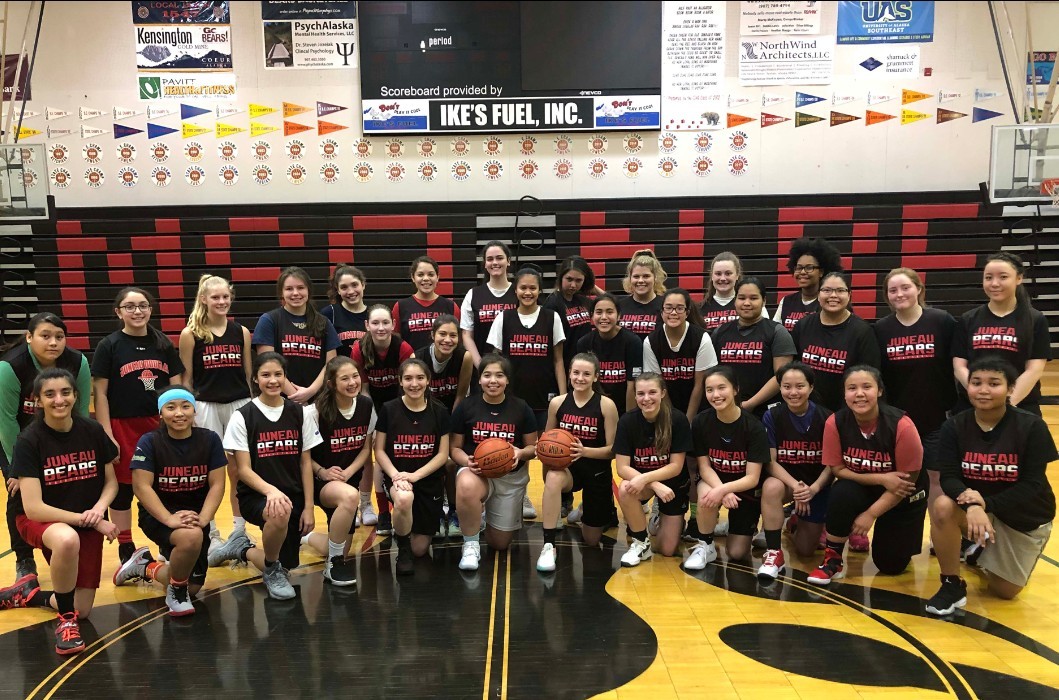 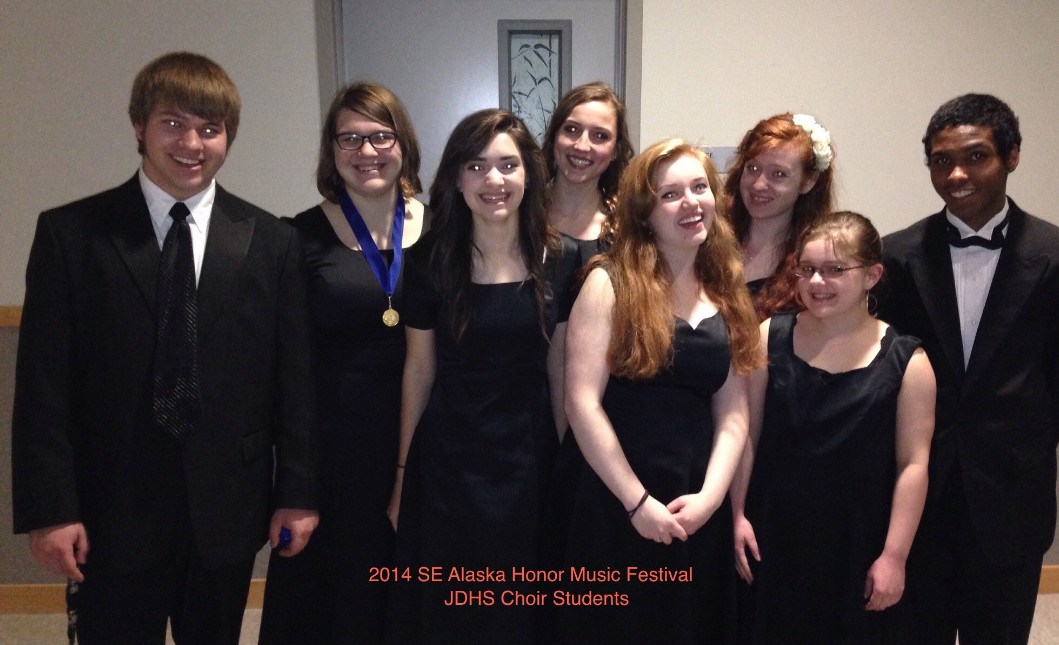 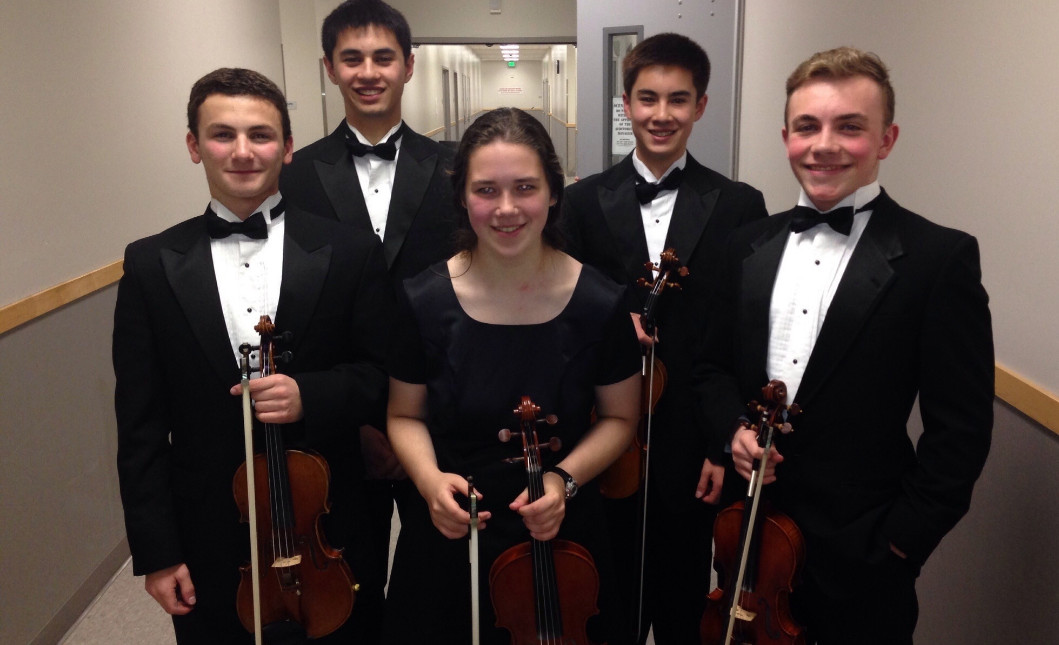 Close Up is the trip to DC and NYC. We have been meeting and the trip is March 24- April 1, 2016. The students are selling tickets to fund raise now.

Go to the Crimson Club website---share photos--participate-- keep up to date ! 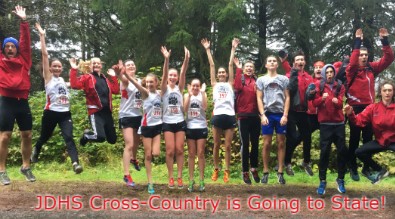 Thanks for running in our village. 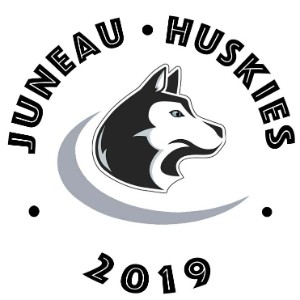 Habitat For Humanity in Florida

Seven students representing each of Juneau's three high schools traveled to Martin County FL over their spring break where they showcased their construction skills and Alaska work ethic while enjoying the sun.

The students who went on the trip are all enrolled in Career and Technical Education course offerings  and were able to gain new technical skills and develop their employability skills while working 7- hour days doing construction-related work with the Martin County Habitat for Humanity affiliate.

The students represented Juneau well and accomplished a great deal including the painting of a 8,500 square foot warehouse where the Habitat for Humanity chapter is headquartered out of.

In addition to working hard, the students had lots of fun and went to the beach and a spring training baseball game. Martin County residents hosted meals for the students twice-daily and spoiled them.

This fantastic trip was made possible because of the student's families, Juneau School District CTE programs, and Southeast Alaska Building Industry Association. 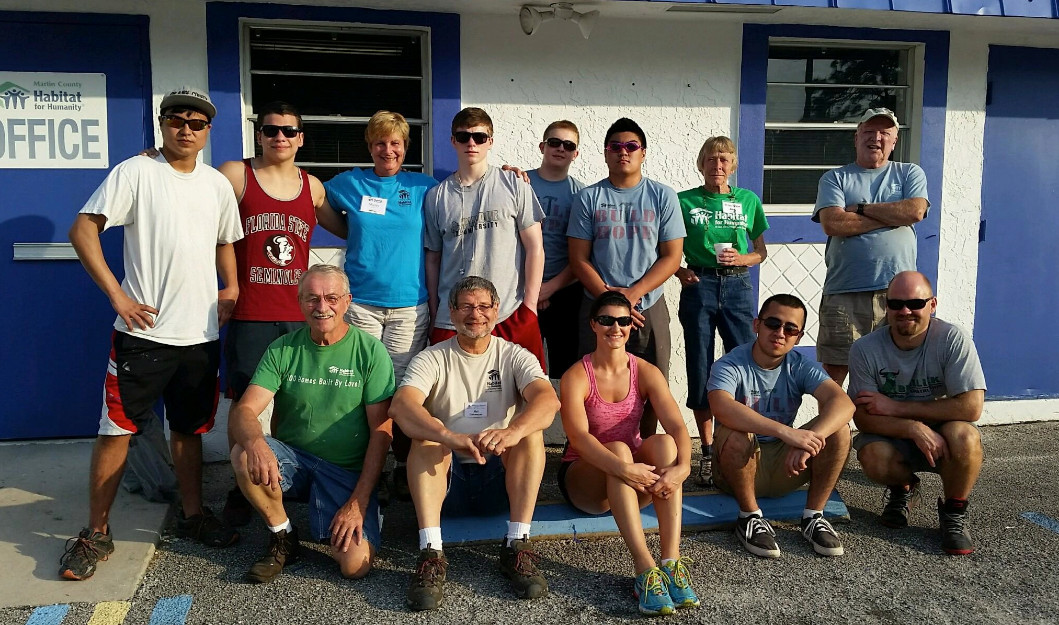 Interact is a service club for 12-18 year olds founded by Rotary International and is sponsored by individual Rotary clubs of the area. Our club, Juneau-Douglas High School’s Interact, is sponsored by Juneau-Gastineau’s Rotary Club.

We help our community through different types of projects like operation Christmas Child and the Sock Drive. Our biggest project, which started in 2003, is the Homeless Awareness Sleep Out. This is where we sleep outside to raise awareness and money for the homeless students of our school district.

If you would like to join, just come to one of our meetings! We meet in room 235 aka the pottery room (second floor at the end of the left wing) during lunch every other Friday.

You can visit our website at http://interactjdhs.weebly.com/ to check the dates of our next meeting. Or, talk to our Rotarian advisor Dixie Weiss in room 120. We can’t wait for you to join!

JDHS InterAct collected 158 cans of food for the Food Bank and $200 for the Zach Gordon Youth Center.

The winner of the advisory competition is Mr. Lehnhart's,

and they will be receiving doughnuts this Tuesday for their hard work.

A big thank you to all who participated and donated to the Drive! 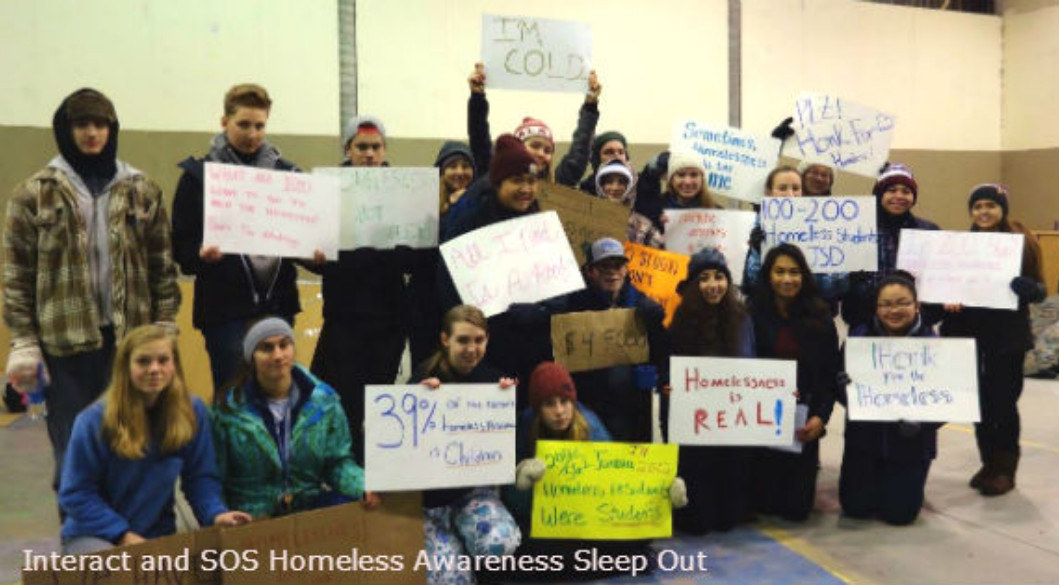 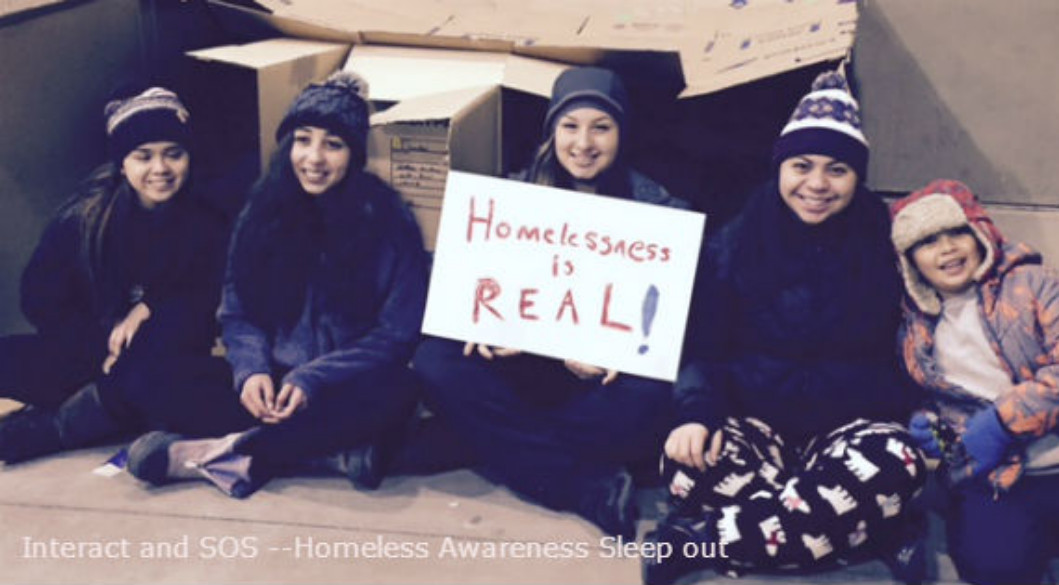 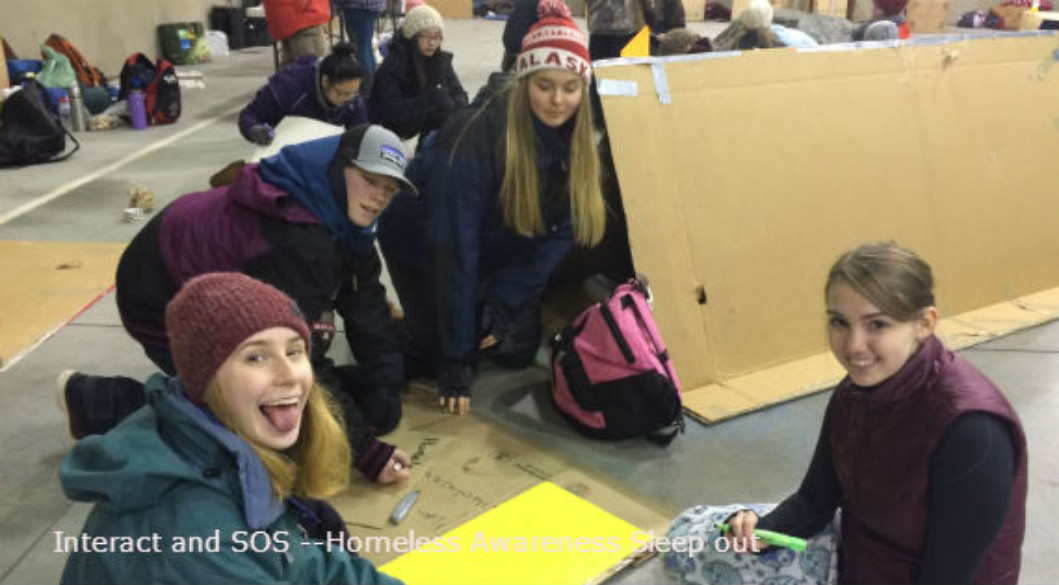 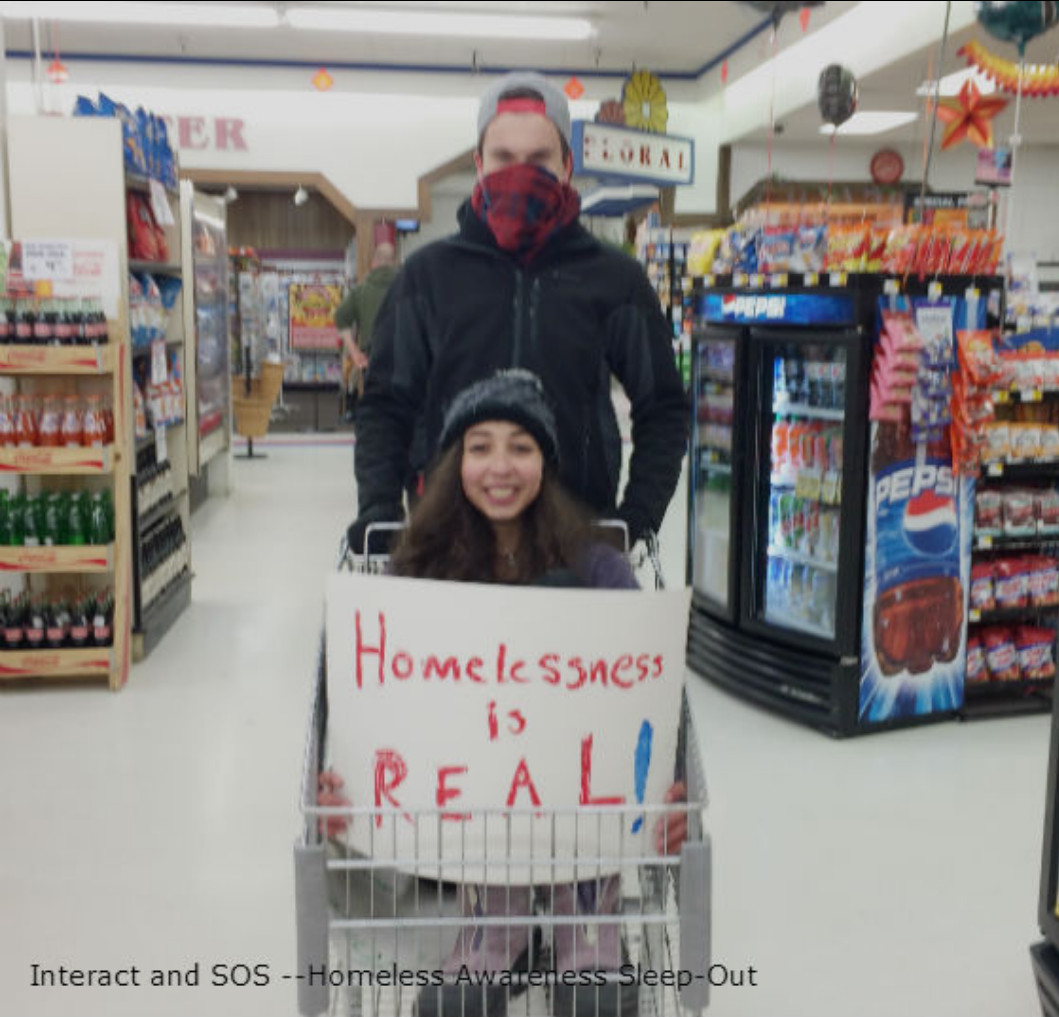 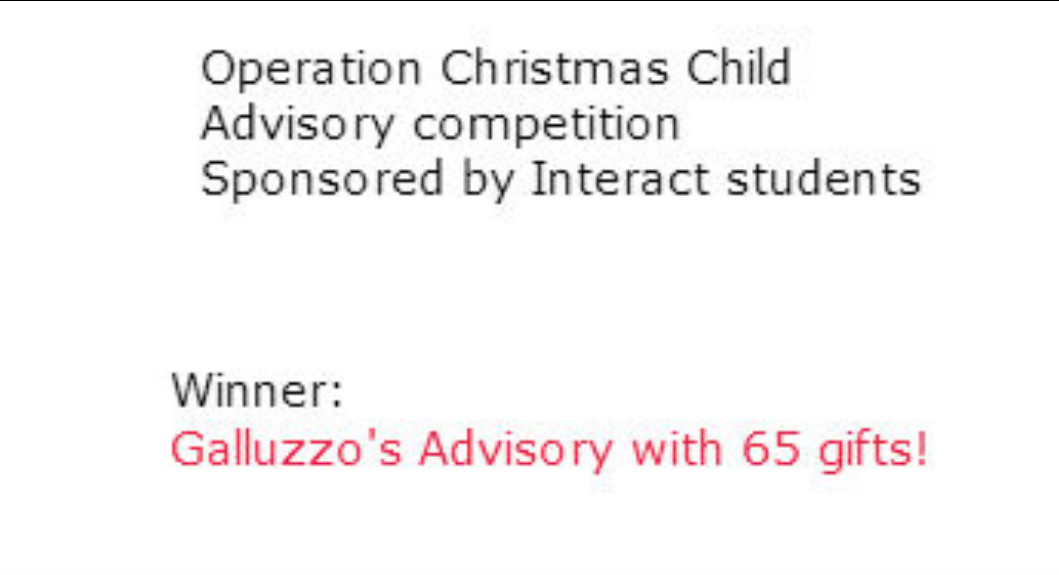 In a field of 19 teams, Team Krill placed second in the project and second overall. 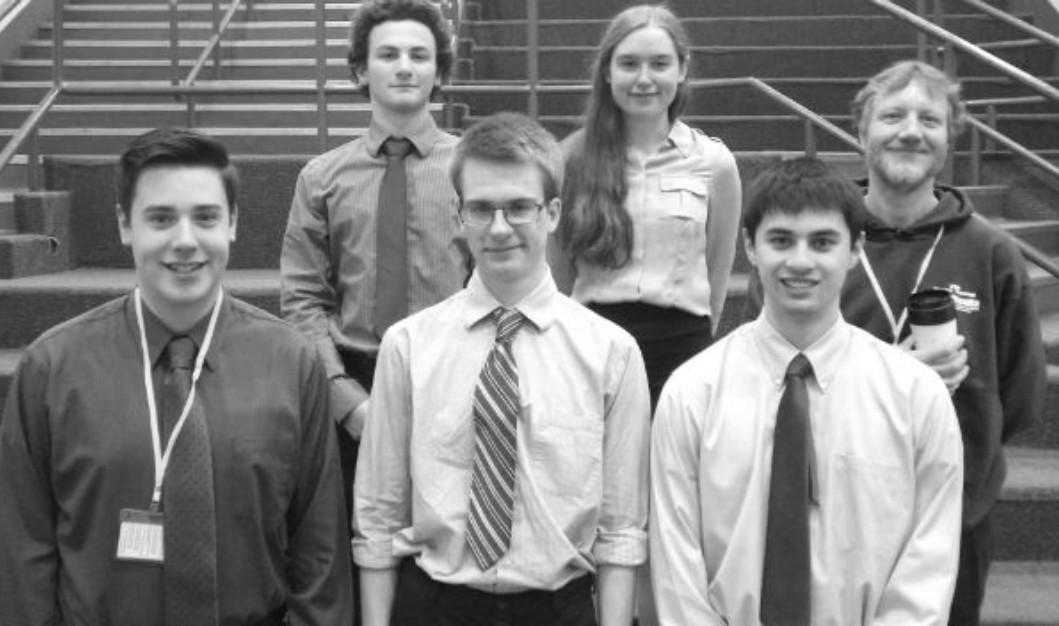 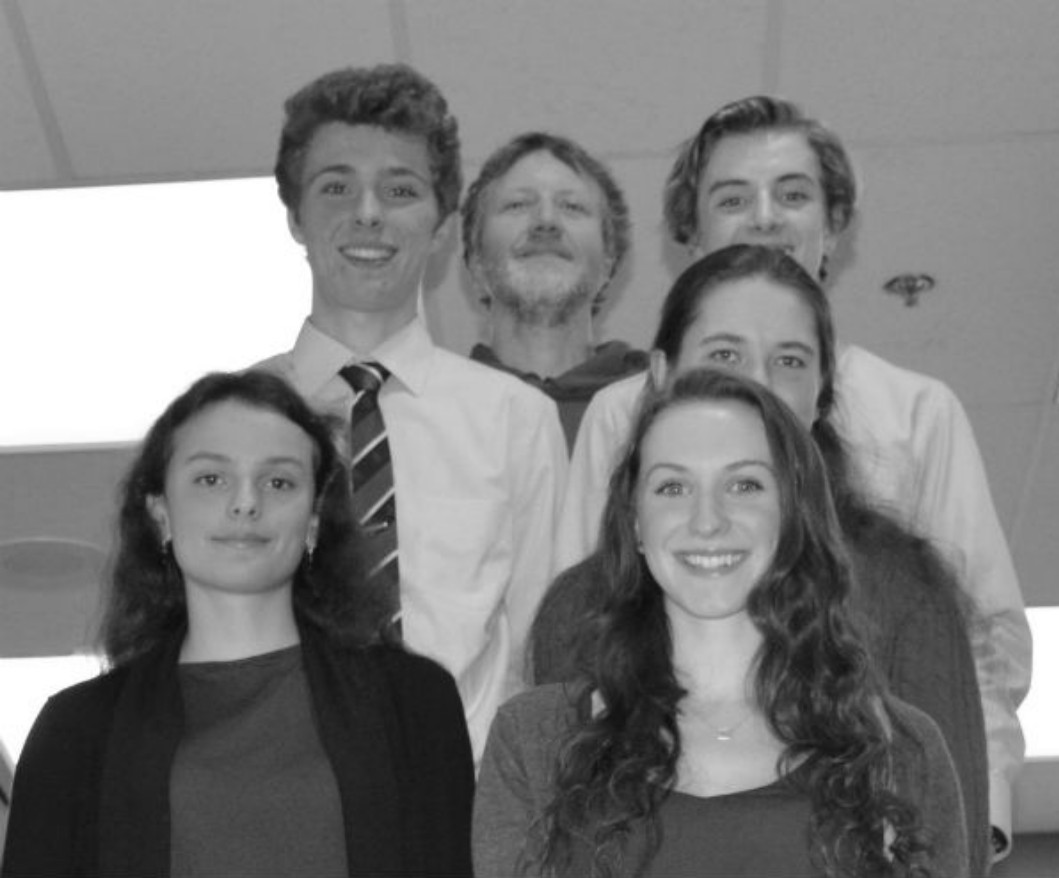 2015-16 Events:  JDHS Alumni Gives Back: Brita Fagerstrom, who graduated from JDHS last May has come into the JDSH Theatre Departments acting classes for an entire week to conduct a Workshop on Choreography: Story Through Dance.  Brita is now a Musical Theatre Major at Sam Houston State University and has chosen to use a week of her break giving back to her high school by sharing knowledge learned at college.  The whole week was a fun and excellent time in the acting classes at JDHS.  Thank you Brita!
Also, the cast from Seven Brides for Seven Brothers work hard to become a close knit team and family.  Cast bonding opportunities have included a "Get to Know You Santa" where students were partnered up with cast members in an open (not secret) gift exchange to help students get to know others in the cast.  Then, Saturday evening, the cast had a private ice skating party and had a really good time laughing and dancing on ice!
Michaela Moore 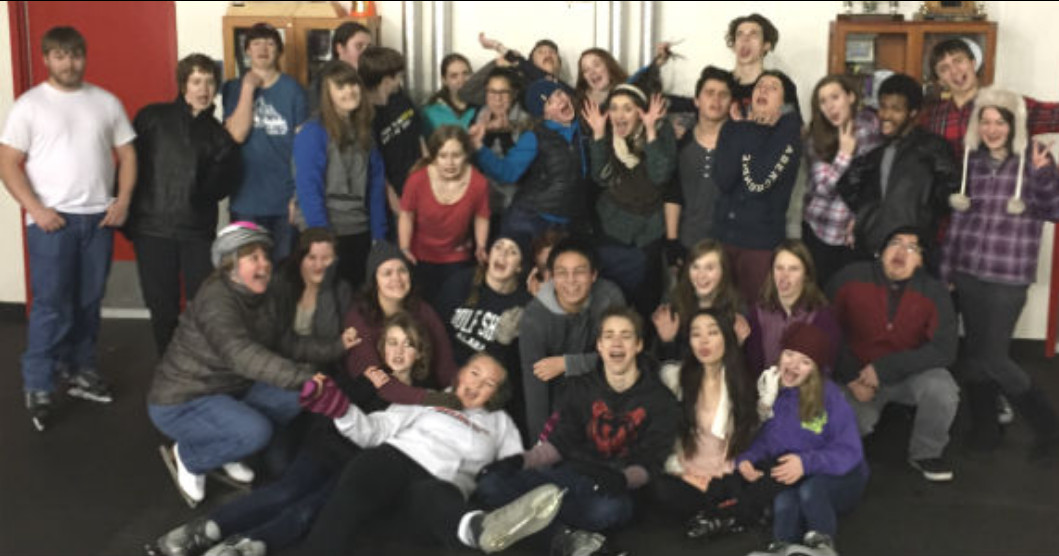 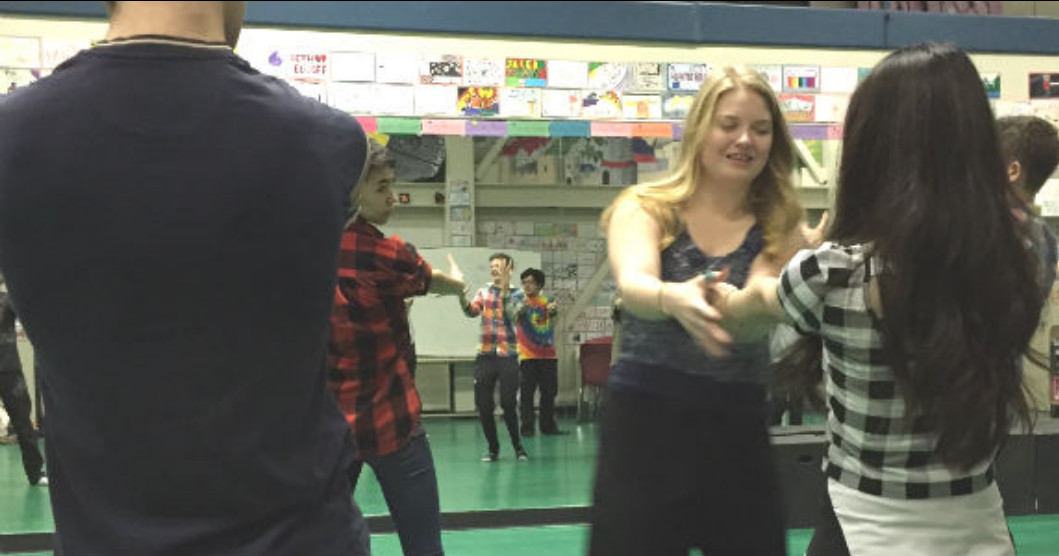 First Tech Challenge is a competition where students build robots from scratch, program them, and then compete in a competition that tests the robots they have built.

These students do everything on their own. They plan, design, build, and program their robot to do a variety of tasks and they do it as a team. Each person on the team has specific duties to get to our team ready for the big competition where we compete against other robots. 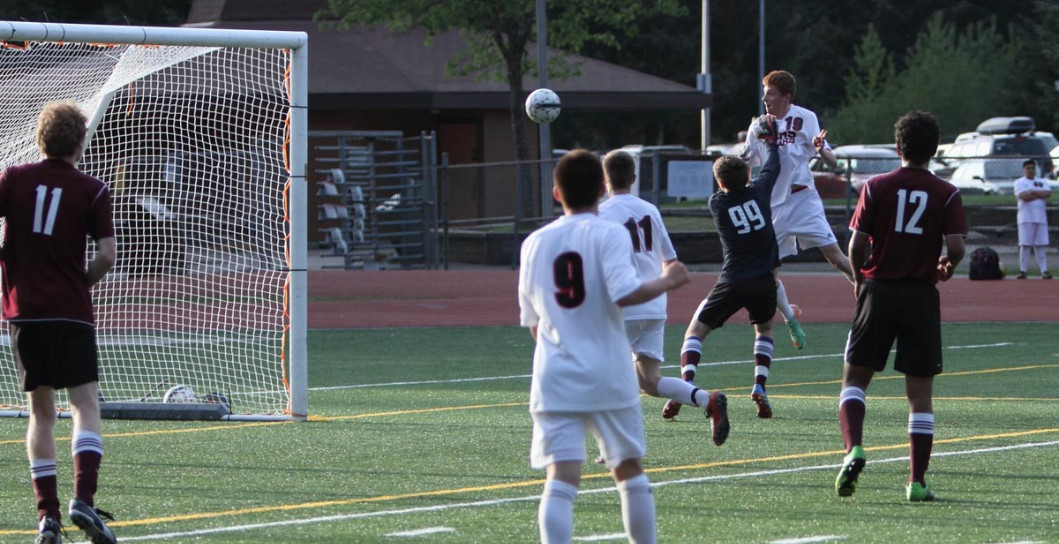 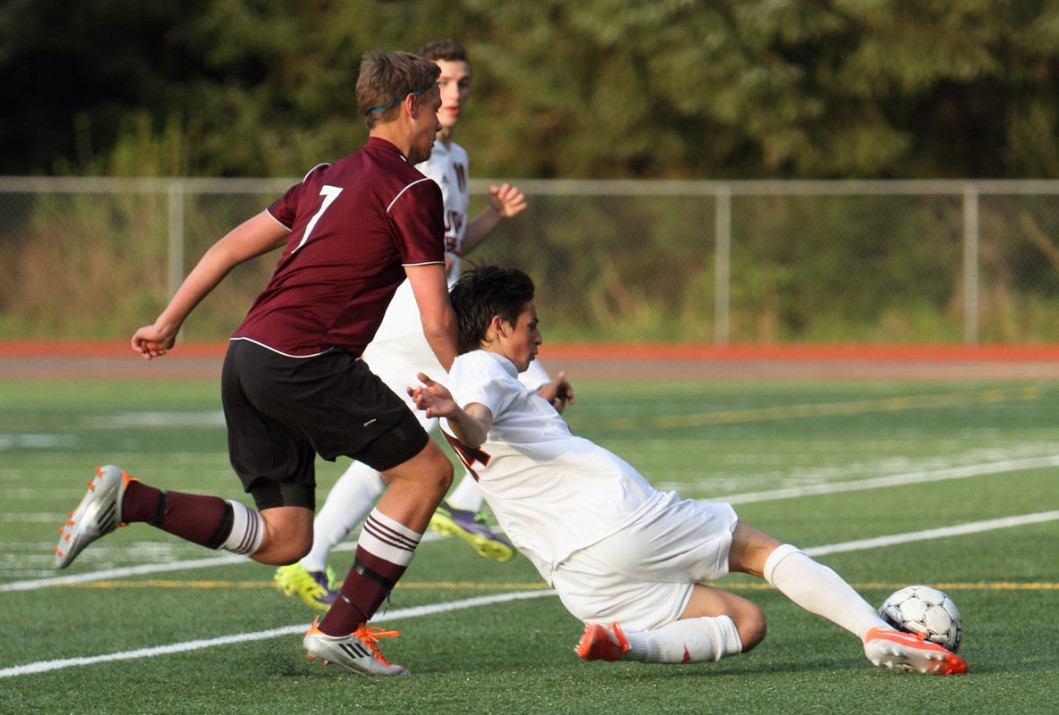 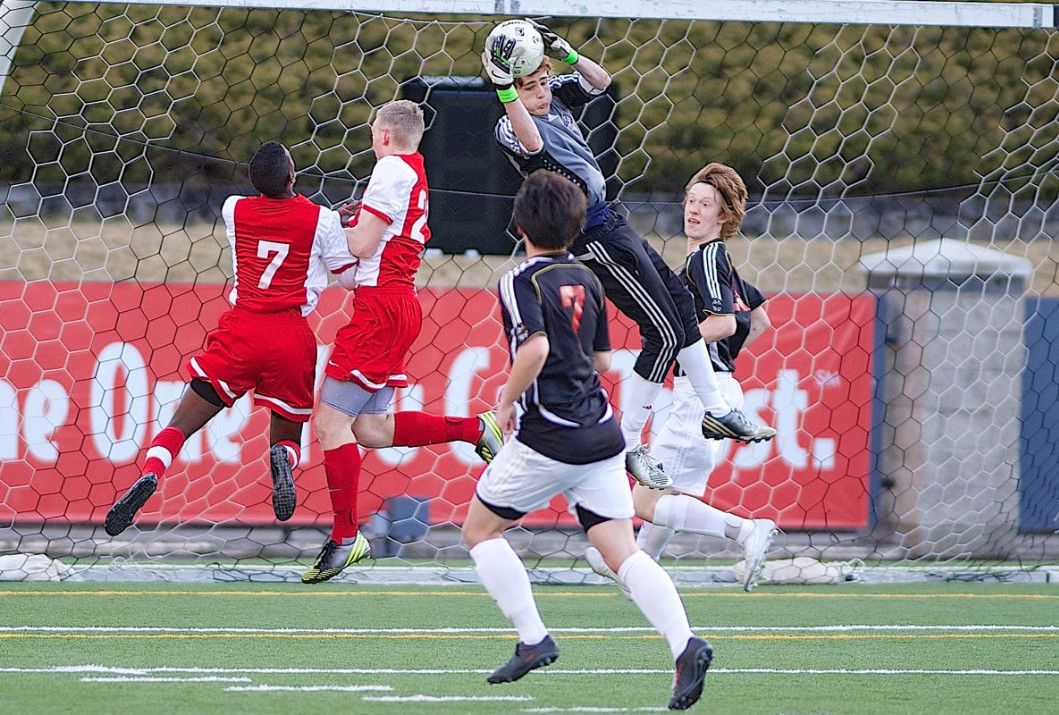 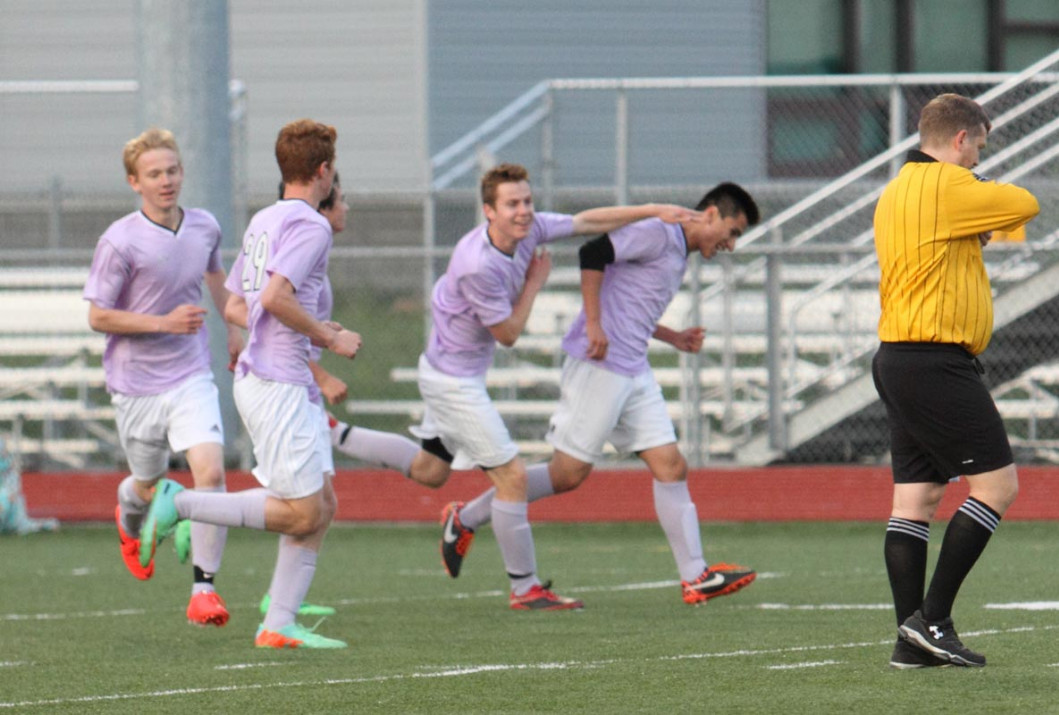 What it is: A student-run organization that meets weekly to discuss issues within our high school and district to represent our student body's opinions.

We also organize many school-wide events each year like home coming, prom, talent show, and graduation.

What time the activity meets/where meetings are held: Every Thursday at lunch in Ms. Horwitz’s room (219); all Thursday meetings are open to public comment.

We don't have a calendar of events, but we do have some set dates for activities.

The next major events people should be aware of are:

If people would like to join for next year, we will be holding elections for the 2020-2021 school year in early May.

The Tennis team starts the first week in August every year.  We practice at the Alaskaclub during the weekdays, with members playing matches on weekends against local Juneau tennis players to improve the team's abilities against real competition.

5th Place at State and 1st place in the girls doubles 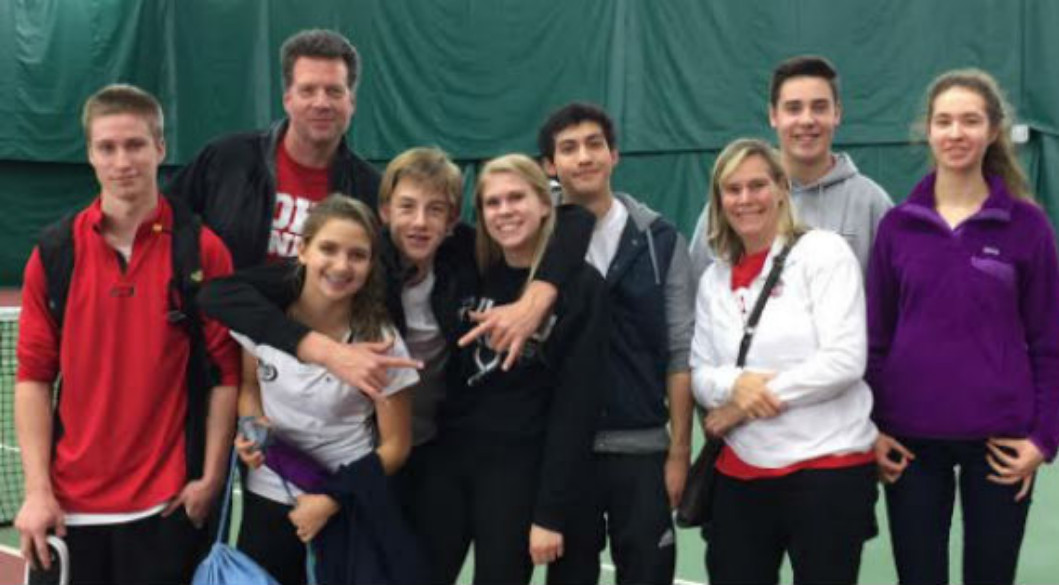 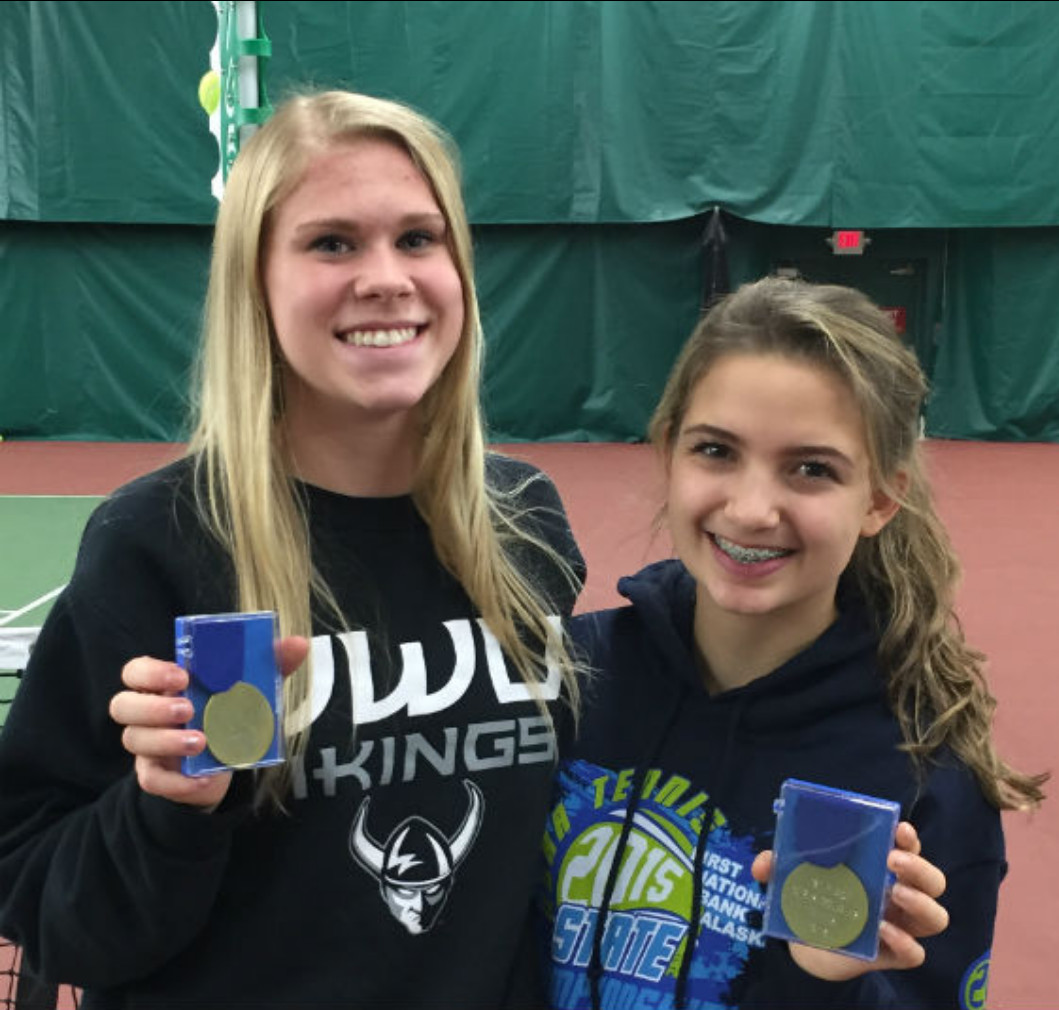 Wrestling is a combined

Welcome to the SchoolBlocks
self-guided tour!

The most common question we receive is, how is SchoolBlocks inspired by Pinterest? SchoolBlocks eliminates navigation bars and uses a block style layout that’s similar to Pinterest. It creates a unique and engaging browsing experience, optimizes for mobile and removes a lot of navigational complexity.

Please click on the red plus signs found on this page to learn more about specific features.